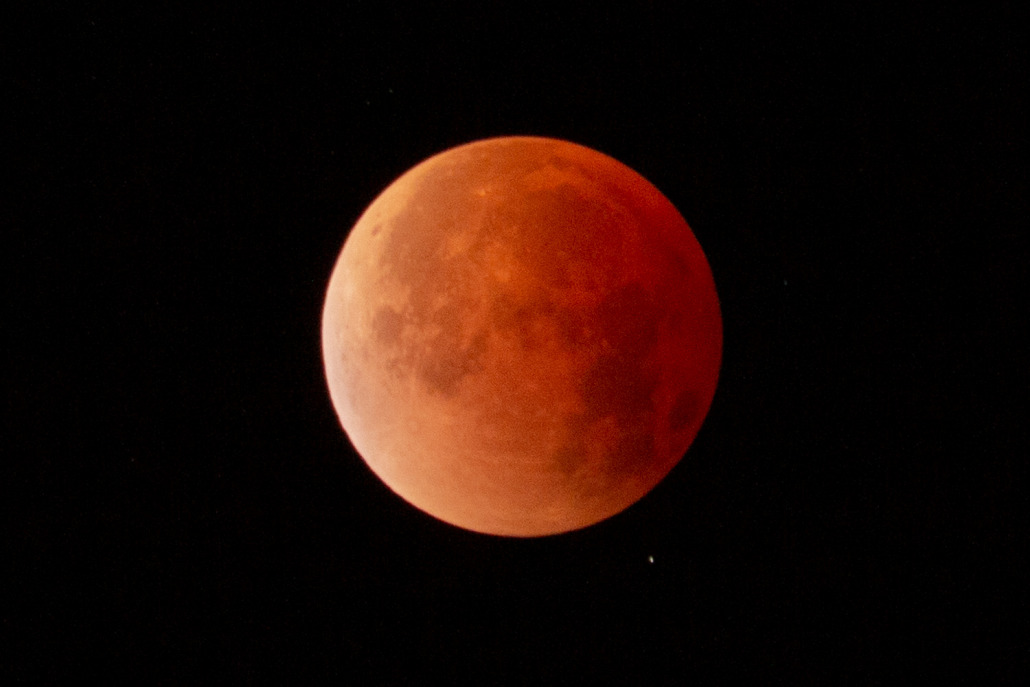 In the early morning hours of 16 May 2022, after a long break, a well observable total lunar eclipse took place again. Nevertheless, the eclipse was not particularly promising for Central Europe, as the moon set before totality. In Tenerife, however, the eclipse was almost completely observable and so I set out with colleagues from the Institute of Astrophysics of the Canary Islands (IAC) to observe the eclipse from the Teide Observatory. The day before and during the day there was a strong wind at 2400 metres above sea level and observation seemed to be difficult. But from midnight the wind died down and from the beginning of the eclipse it was almost windless. The visibility of the sky was excellent and it was to be an outstanding night. The eclipse was also broadcast live on the internet via Sky Live.TV by a team led by Miquel Serra Ricart of the IAC.

In addition to the eclipse, the four bright planets Venus, Mars, Jupiter and Saturn could be admired in the morning sky before sunrise, a beautiful sight.

Lunar eclipses take place when our satellite passes through the shadow of the Earth. This does not happen every month because the Moon’s orbit is tilted in relation to the Earth’s orbit around the Sun, the ecliptic. Unlike solar eclipses, lunar eclipses are visible from anywhere on Earth where the Moon is above the horizon.